The Truman Brewery was founded in 1666 by Joseph Truman and grew over time, in particular through the efforts of Benjamin Truman in the 18th Century. By 1873 it was the largest brewery in the world. The site was closed and stopped brewing in 1989.

The Truman Brewery estate has been sensitively and organically regenerated over the past twenty five years. Almost all of the previously derelict buildings on the site are now refurbished, occupied and in use. The Truman Brewery is now a creative and commercial hub, home to a large number of creative businesses, independent shops, exhibition and event spaces, markets, bars, cafes and restaurants.

The Truman Brewery is now looking forward to the next chapter in its story. This development at the junction of Brick Lane and Woodseer Street will represent an affirmation of our enduring commitment to the area. 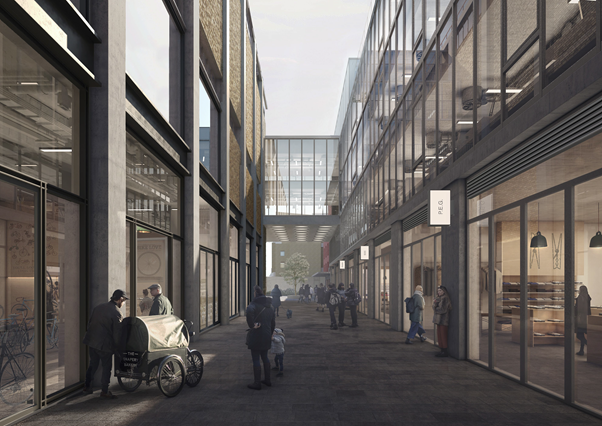 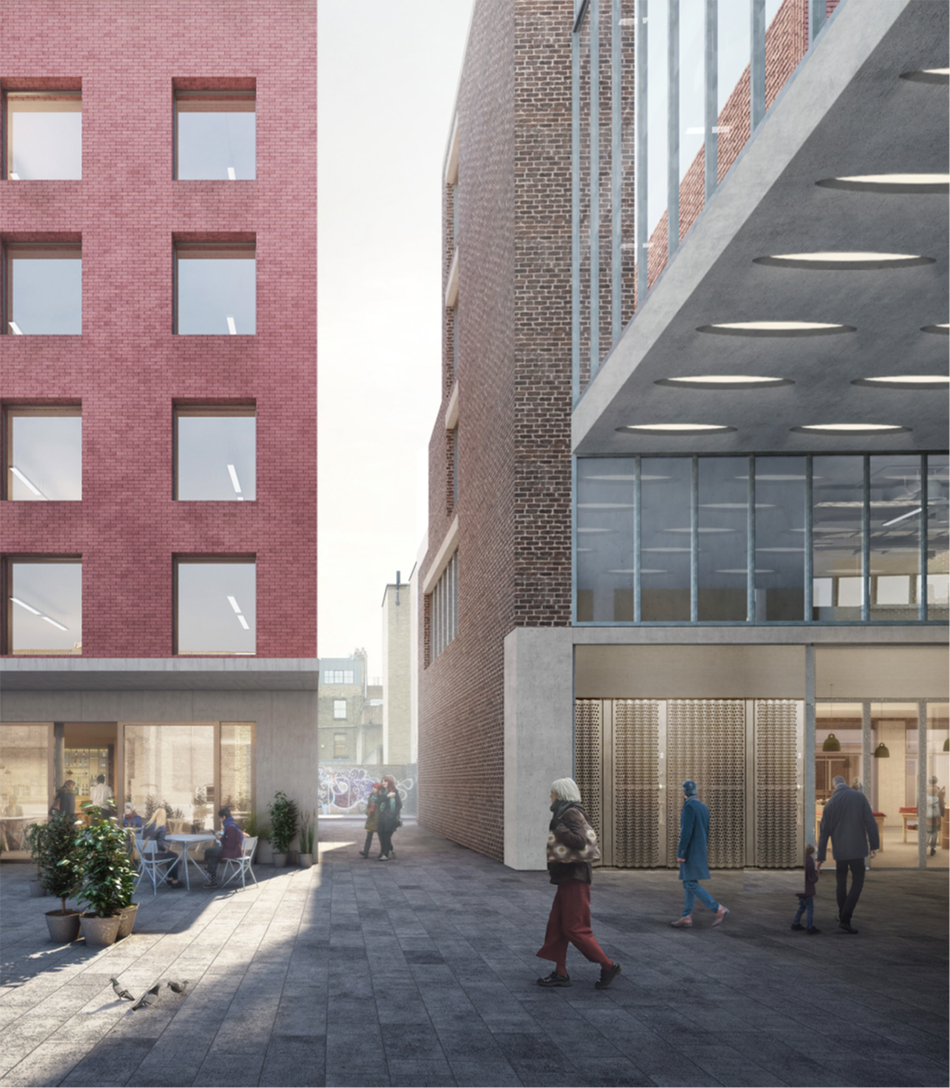 The amended proposals include: 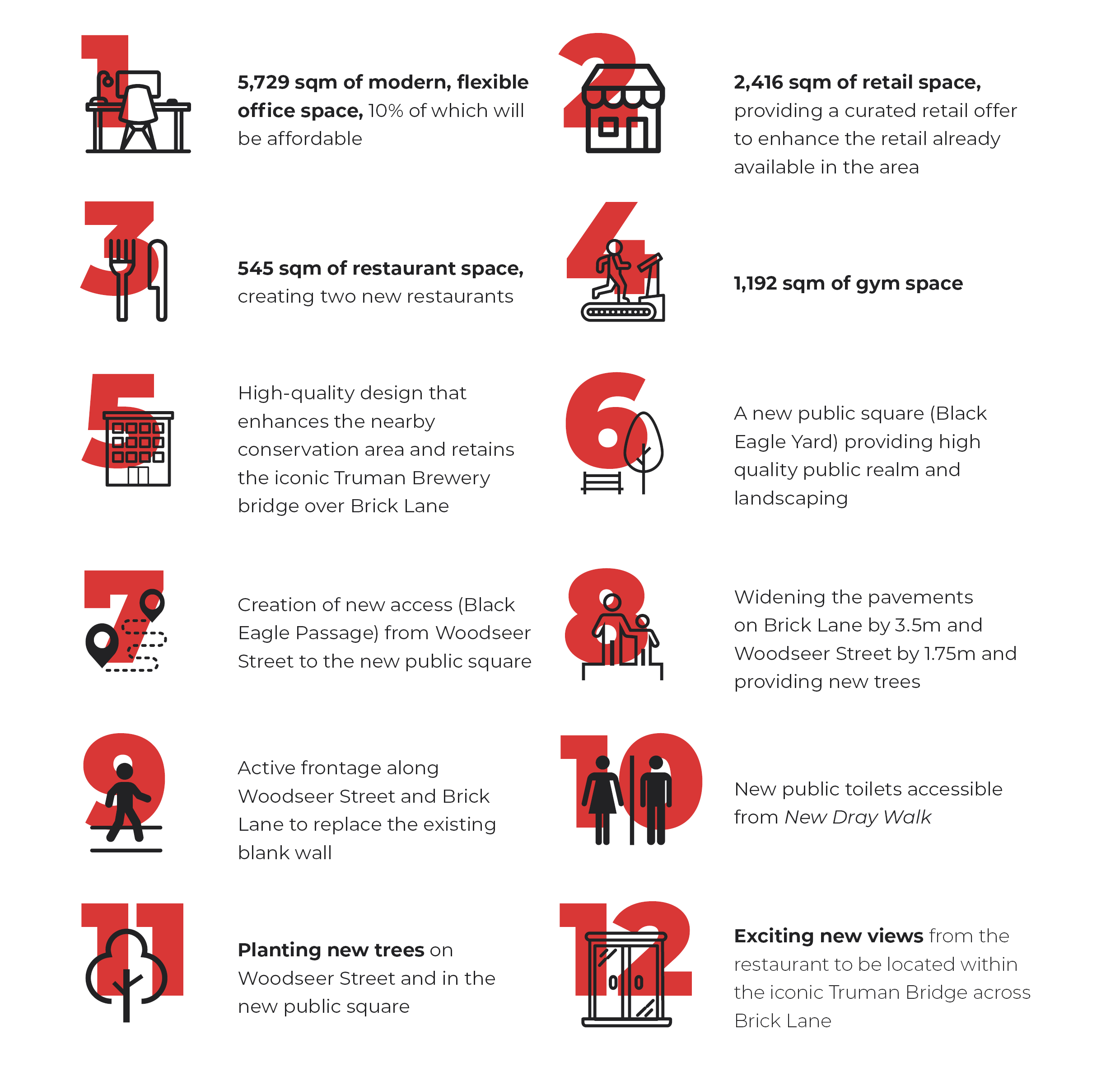 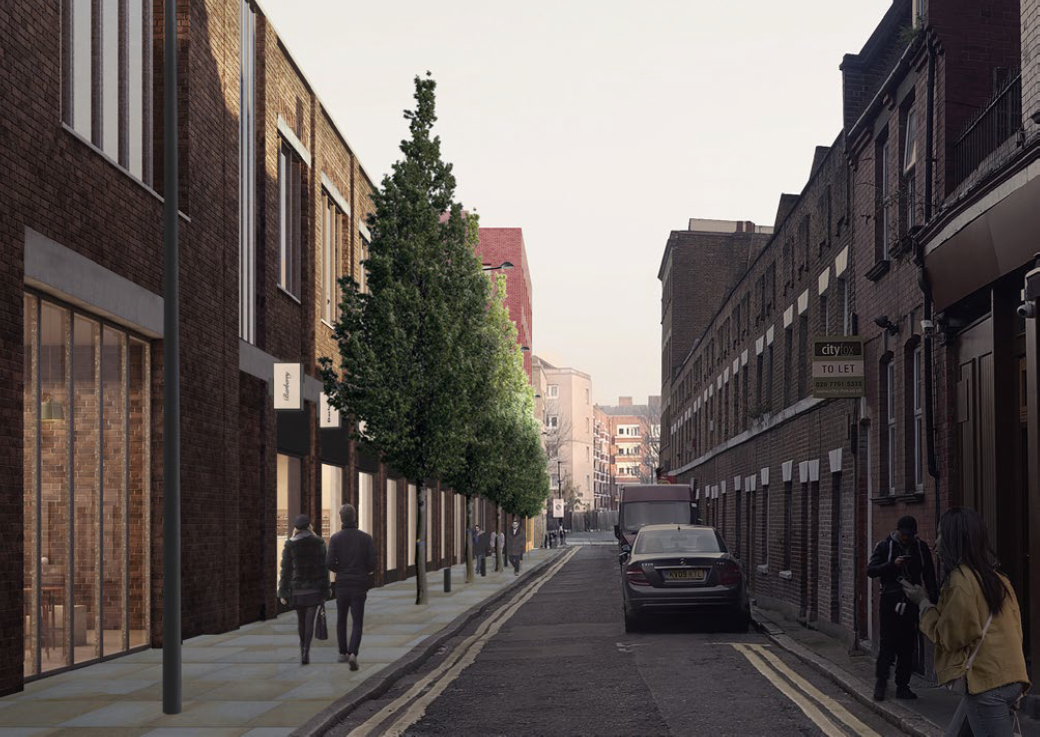 Our design approach has sought to respect the character of the Brick Lane and Fournier Street Conservation Area, as well as the unique character of Brick Lane and Spitalfields, while increasing and improving public spaces. The proposed design will complement and enhance the Conservation Area, using high-quality materials appropriate for the location – such as brick, concrete and metal-glazed framing. These durable materials reference the industrial heritage of the site and make a positive contribution to both Brick Lane and Woodseer Street. The design has also evolved in response to feedback from the community, with greater articulation and a more traditional design now proposed for the Woodseer Street elevation; access to the second-floor office terrace along Woodseer Street restricted, to mitigate any potential overlooking; and site-specific artwork (referencing the character of Brick Lane and the history of the Truman Brewery) incorporated into the Brick Lane elevation. For further details on the design approach, please visit the ‘Find Out More’ page.

See what this is all about

Sign up to get up-to-date news about the project.

If you have any questions about the project, please get in touch